Frost warms up to WSU

As Jordan Frost drove through the rolling wheat fields outside of Pullman, five hours from the familiar suburban sprawl of King County, the questions began running through his head: 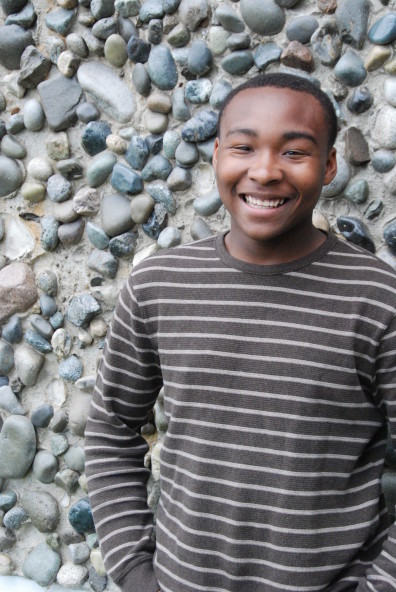 “Are we sure there’s a college out here?”

“Will I make any friends?”

Like most first-year college students, Frost encountered doubt. He was overwhelmed by the unknown and lacked the confidence he carried throughout high school.

“I was freaking out,” he says.

Two years later, Frost is a leader on campus and a high-achieving student. He’s spending a big chunk of his summer in Pullman, helping other students get acquainted with the campus that he now considers his second home. The transition from freaked-out freshman to sterling sophomore wasn’t without its hurdles. But by utilizing the many resources on campus and learning from his mistakes, Frost found his place.

A few friends from his hometown of Kent, and his older sister Tierra helped Frost settle in at WSU initially. However, he found greater fulfillment when he stepped outside his comfort zone. His first venture into the unknown was getting involved in residence hall government. Then he ran for ASWSU senate.

“When I got involved I immediately felt connected to WSU,” Frost says. “You get matched up with people from all over campus and that really helps you feel like you’re a part of things here. Once I started doing things I met more people, I met faculty and administrators and met people outside my little circle of friends. If I wouldn’t have done that, I don’t know if I would enjoy being at WSU.”

Fully enjoying his experience as a Cougar, Frost learned a tough lesson at the end of his first semester. An excellent student in high school, Frost saw his grades dip.

“I hit a big wall my freshman year,” he says. “I got my grades and I was mortified. I realized I was doing a little too much outside of school. I had to say no, turn down some opportunities and scale back.”

Frost dedicated more time to his studies and got to know many of his professors. His grades soared as a result. He is majoring in History and minoring in Psychology in preparation for a career as a guidance counselor, a decision influenced by his own teachers and counselors in high school.

“I was always into law and politics and I had political aspirations, but my senior year, I went through some struggles academically,” Frost says. “I worked with my teachers and guidance counselors a lot and I realized that’s where I want to be. I’m from a poorer area that’s very diverse and I understand where those students are coming from. I wouldn’t be where I am if I didn’t have those people in my life, guiding me, so I want to help students and show them there are resources that can make a difference.”

Since his initial setback as a freshman, Frost has slowly ramped up his involvement on campus. He’s a Cougar Connector, showing new students around campus. He serves on the student conduct board and the ASWSU Executive Committee and in the fall he’ll be a resident advisor in the Global Scholars Hall.

Now Frost looks forward to the drive through the wheat fields because he knows there are so many exciting opportunities in Pullman.

WORDS OF WISDOM, from Jordan Frost

“I would highly suggest that all students arrive in Pullman a week before classes begin. First of all, it’s great to experience Week of Welcome and begin to get comfortable with your new home. Also, it gives you the opportunity to print your class schedule (use the fourth floor of the CUB if you don’t have a printer) and then get a campus map and go chart out your path to classes. It may seem a little nerdy or like you’re taking it too serious, but trust me! I was so happy not to be one of those students lost, wandering around campus, and showing up late to class.”

“An important resource for your first year is your residence hall advisor! They will be able to answer any question you could possibly have during your freshman year and most likely have experienced whatever it is you’re experiencing. They go through intense training to be able to help you with any issues you may come across your first year at WSU.”

“I stepped out and got involved in things other than just my little circle of friends. Otherwise, I don’t know if I would enjoy being at WSU. I would say start with something small—residence hall government or a club you’re interested in. You start to feel wanted and start to get those connections and feel more comfortable.”

Talk to your professors, and study

“I started talking to my professors and my grades went up two levels. Talking to them put things into focus. You know exactly what they’re looking for. Also, all-nighters do not work. You really need to focus in class and outside of class. In high school you can get by without studying much. In college, studying is important.”